40 years have passed since the company was founded on 1st June 1980. During this time, Tokam d.o.o. has developed from a metal workshop founded by Anton Kampuš into a company that operates in the field of transport and storage systems and is well known in Slovenia and abroad. We are represented on the Austrian, German and Romanian markets. In Slovenia you can find our systems in the biggest Slovenian companies such as Revoz, Pošta Slovenije, Sava Goodyear Kranj, GMT, Akripol, Ursa and others.

Our anniversary was celebrated with the creation of a sculpture, which now stands at the entrance of the company and symbolises the foundation of the company. We have placed a bell made by Alojz Kampuš from an unexploded bomb that landed in the river bed of Ščavnica near his house during the Second World War. The bell was incorporated into a sculpture, called “Father’s Bell Tower”, by the sculptor Robi Jurak. The sculpture was unveiled on 12th June 2020. 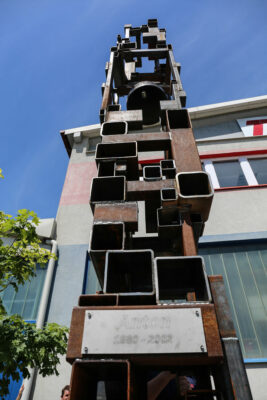 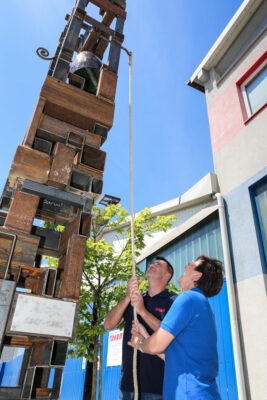 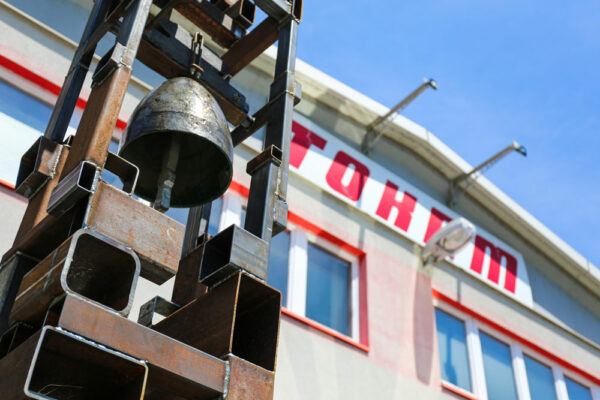 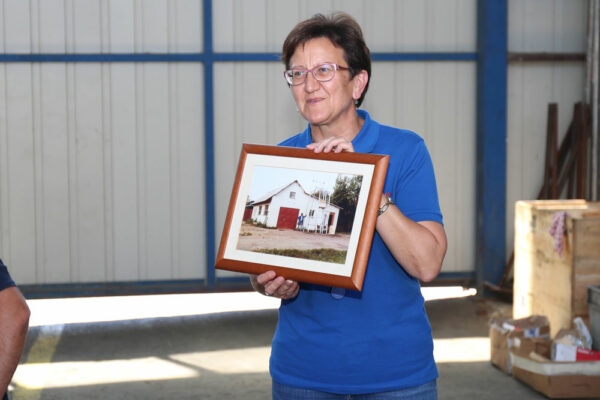